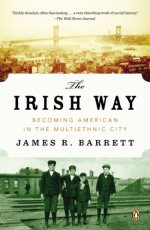 I have just finished a fascinating book which I randomly spotted on the shelf of Stanfords a few weeks ago. It is The Irish Way by James R Barrett and it describes the role of the Irish in the main urban centres of America during the late 19th and early 20th centuries. It mostly deals with the situation in New York and Chicago but there are also references to Boston, Philadelphia as well as some mining and steel towns across the US.

Barrett is is a history professor at the University of Illinois and the book is written in quite a dense style full of facts and informations. It is not an easy or light read but it is nonetheless a very good book. I guess one of the reasons why I found it so interesting (apart of course from my general fascination in American history) is the fact that, to some degree, I can personally connect to its subject. Being Polish in London I’m a member of one of the biggest and, in the last few years, the fastest growing, minority group in a huge multi-ethnic metropolis. Not unlike the Irish in New York a 100 years ago.

Barrett describes in quite a lot of detail how the masses of mostly poor Irish immigrants in a space of a generation or two created effective social networks. This gave them great influence and helped them to shape the big American cities and, to some degree, the nation as a whole. In one of the chapters he deals with the role of religion and Catholic hierarchy which in America became effectively dominated by the Irish. In another he describes union movements and how much they were influenced and directed by the Irish even in later stages when a lot of members had different ethnic backgrounds. One of the most interesting chapters deals with the cities’ “party machines” (like for example the New York’s Tammany Hall) which also at some point became Irish dominated.

But one of the most interesting aspects of the book is how it describes interaction between the Irish and later big ethnic groups. In the case of New York the author concentrates on contacts and dealings between the Irish (by then dominant in many working class neighbourhoods), the Italians and the Jews, which started arriving in huge numbers at the beginning of the 20th century. In Chicago the dominant groups of newcomers were the Poles (and some other eastern Europeans such as the Czechs and Lithuanians) as well as the African Americans migrating from the south. For a lot of individuals from these groups the Irish became a model of how to fit into American society and how to achieve success. To a large degree it was the Irish who actually represented America to the newcomers. The average Pole in Chicago or Italian in New York had to deal with the Irish union officials, Irish policemen, Irish party bosses, Irish priests, Irish teachers etc. By the second and third generations most of the Irish were to a large degree Americanized and they were passing their social models to the Poles, Italians and the Jews. Barrett doesn’t shy from the darker side of all those interactions, like racism, discrimination and violence, but overall he paints quite an optimistic picture of what was happening.

The book is full of some interesting facts like for example how one of the Polish churches in Chicago was at some point apparently the largest catholic parish in the world and how it was fighting not to be dominated by the Irish hierarchy. Or how some Polish newspapers (also in Chicago) were urging its readers to became more like the Irish (by which they meant better organized to protect and advance themselves).

So, this book offers a fascinating description and explanation of processes happening in big American cities at the peak of the European immigration in the late 19th and early 20th centuries. It just happens that the Irish were probably the dominant players at the time. But can one learn anything from this book which is relevant in London today?

I actually think that a lot of the processes described in the book might be quite similar to what is happening nowadays. There are of course many differences. One of the most important is better communication which allows current immigrants to be more in touch with the home country (I still read daily news from Poland, thanks to the internet and visit Poland at least twice a year) as well as a bigger role of the state, from the basic social net to the anti discriminatory legislation. But there is still, as was back then, competition for the entry level jobs which often leads to efforts to protect those jobs for compatriots, and there is still racism and prejudice which current immigrants have to battle the same way the Irish had to deal with anti Irish prejudice from the protestant majority of the Americans. The other important factor is that the latest immigrants often deal with the previous wave more than they do with the indigenous population. For example Polish builders when they initially arrived to London they often worked under Irish supervision on the construction sites or rented houses from the Pakistani landlords. Nowadays the Poles are often themselves the foremen on the construction sites as well as the landlords and increasingly deal with more recent arrivals, for example from Bulgaria. There is also increasing a split between those of us who arrived to London a decade or more ago (about the time the EU enlarged) and the recent arrivals from Poland. The Irish experienced the same split between the fresh arrivals and the already established, often upwardly mobile immigrants.

Of course we will never be able to replicate what the Irish did back then in America. Our numbers are simply too low and many of us want eventually to go back home, but a book like this opens a new perspective on processes happening in a big multi ethnic metropolis, such as 21st century London. 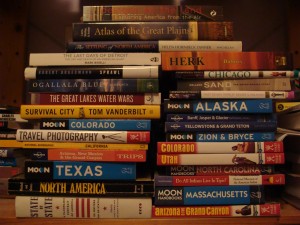