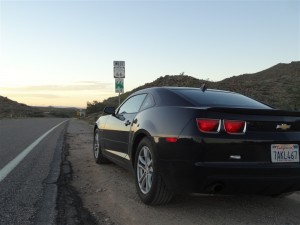 So, another trip across the pond under my belt as I have just came back from a road trip on the west coast. In fact it was actually a bit more than just the coast. We started our journey in fabulous San Francisco but we made our way all the way to Grand Canyon, Monument Valley, even the Four Corners, before heading back via central Arizona to LA and along the coast to San Fran. We’ve seen great sights (some well known, some less so), stayed in some funky as well as dingy places, rented a cool car (partially by luck) and drove over 3300 miles.

3314 to be precise as the total is printed on my car rental receipt. It was that precise number which started me thinking: what distance have I travelled in the US so far?

Luckily, being organized and pedantic (just a bit) as well as geeky (a lot) I actually kept most of my old receipts. In fact I had them for all of my trips bar two or three of the oldest adventures. For those ancient trips I made some back of the envelope calculations (actually more of the Google maps and excel spreadsheet calculations) so I could estimate the total distance that I have covered in the US since 2007. After spending some time pouring through the paperwork as well as recreating old routes on a computer screen I came to a figure of over 46000km (almost 29000 miles).

I have to say that I was surprised as this is actually much more than earth’s circumference. I definitely wasn’t expecting that.

Being a geographer and a map lover I decided to produce a simple map showing roughly my routes. It might not be too detailed (mostly due to the lack of a decent background road map) but it gives you a reasonable picture of my adventures: 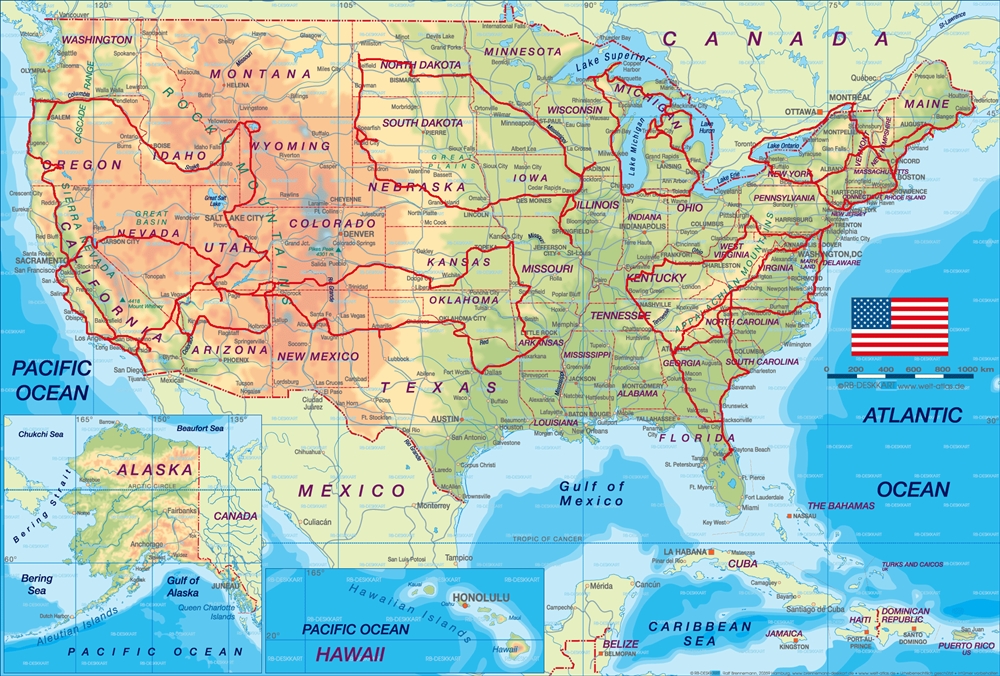 Looking at this map I started thinking what if I add my older trips. When I was still studying in Poland I twice made my way to America under the Work&Travel Scheme. Both times after my summer jobs were over I had travelled with my friends across the US, once from east to west (and back) and once from south to north (and back again). I couldn’t drive back then (didn’t have a driving licence yet) but I was largely responsible for navigation and some logistics. Those were great long distance trips.

Due to passage of time it was more difficult to recreate these trips than the more recent ones. For a few reasons. First, my memory was never too good, second, back then none of us had digital camera so we have relatively few pictures, most of them from the major attractions like New Orleans or Grand Canyon. No silly shots of highways or road signs which are really helpful when recreating an exact route. Still, I can be a persistent beast and after a while I was able to recreate those two trips fairly accurately. There might be some discrepancies but they shouldn’t be major and affect the overall figure of about 15000km (10k and 5k respectively). That gives a grand total of around 62000km or 38000 miles which I have travelled in the US so far. Again I allowed myself to produce a simple map. 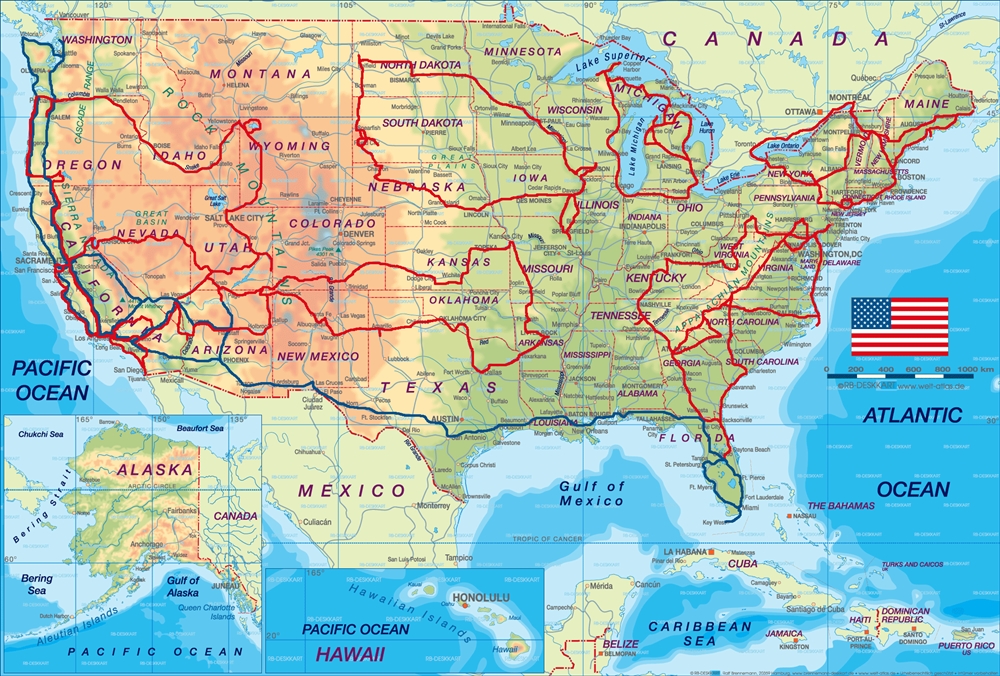 As you can see there are still gaps in my coverage which means I have plenty of driving left to do in the States (and plenty to still write about), so I’m sure I’ll be able to add to my mileage, hopefully soon.

But before that happens I have to describe my recent trip so expect some new posts soon on this blog.